Dream travel in the spherical geometry. Out of the jail that holds the consciousness! I invite you to a dream trip around the earth. Yes, around and not across because the roundness of the earth requires circling.

The moon orbits in the physical reality around the earth as the earth circles around the sun. The Quran writes about celestial orbits, which are well calculated. Words that describe how days overlap the nights and the nights merge the days are much more meaningful in Arabic than translating them into any language. Overlapping and merging is the result of the "swimming" movement, of spherical bodies, and the Quran hides the word sphere into them, which is untranslatable. To put it roughly: the night "spins into day-spherical" and day "spins into night spherical". But the text also draws an active, intensive image. Not only does it "spin into spherical of one another", but the night "makes the day spin into its spherical state" and vice versa. It is not so easy, isn't it? This is all expressed by an ancient Arabic language. If someone does not discover it, he/she will miss the miracle! But I'll collect my capacities a bit and share with you the little thing I managed to see. Hang on and let's soar like this:

He created the heavens and the earth in true (proportions): He makes the Night overlap the Day, and the Day overlap the Night: He has subjected the sun and the moon (to His law): Each one follows a course for a time appointed. Is not He the Exalted in Power - He Who forgives again and again? (Quran 39:5) 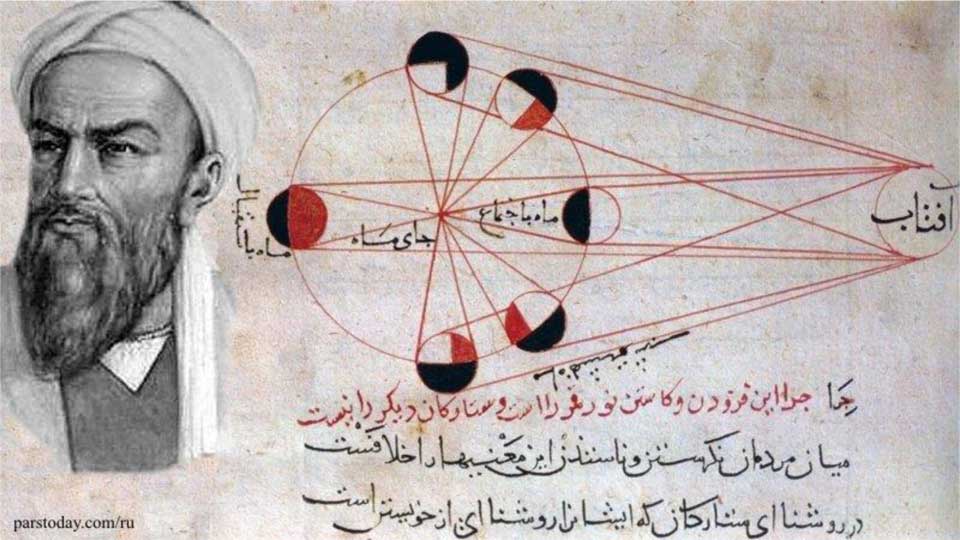 The Arabic word "Kura كرة "means ball. The Quran used its verb "Yukawer ر ُو ِّكُ َي "meaning to make into a ball. The Quran says that the overlapping of the night and the day makes a ball (sphere).

"All move (Kullon Yajree يجريُ كل "(here the Quran is referring to “All moving”, not only the sun and moon but also Earth. In Arabic grammar there is difference between the singular (one), binary (two) and plural (three or more). The reference to binary is "Kulahuma Yajreean يجريان كالهما "however the Quran said "Kullon yajree يجري كل "referring to the plural (three or more). Since the sun and moon are just two but the Quran refers to three or more then according to the Quran all the three move: sun, moon and Earth.

The Quran says that Earth has a diameter (diameter is simply twice the radius).

O ye assembly of Jinns and men! If it be ye can pass beyond the zones (diameters) of the heavens and the earth, pass ye! not without authority shall ye be able to pass! (Quran 55:33) 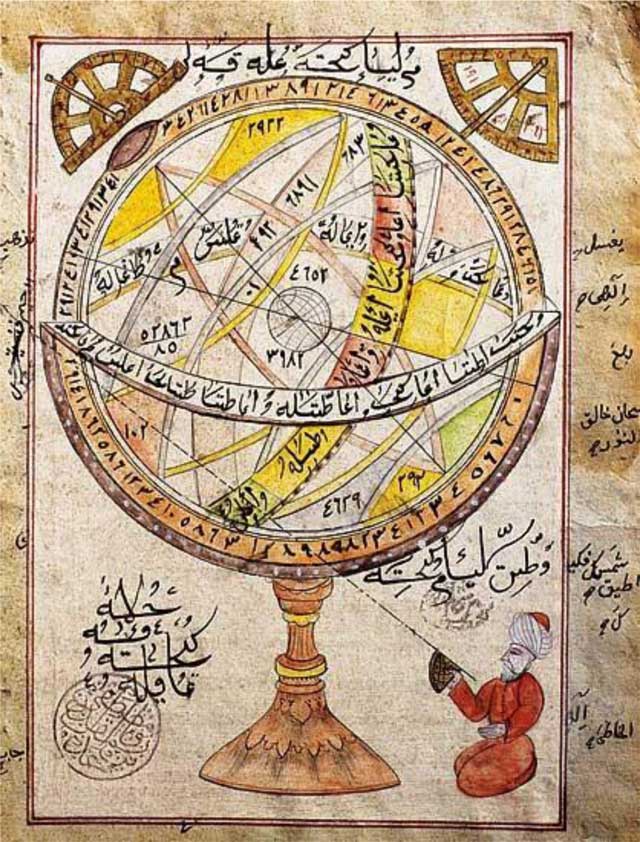 In the original Arabic text writes diameters but in English it cannot be translated literally. In this aya the boundaries of zones are expressed as orbits of planets which have diameters. No one can pass beyond these diameters without His authority!

Diameter in Arabic is Qutr قطر .Its plural is Aqtar اقطار .Radii and diameters are properties of circles or spheres only. This conforms with the previous verse, to make into a ball

It is He Who created the Night and the Day, and the sun and the moon: all (the celestial bodies) swim along, each in its rounded course. (Quran 21: 33)

It is not permitted to the Sun to catch up the Moon, nor can the Night outstrip the Day: Each (just) swims along in (its own) orbit (according to Law). (Quran 36:40) 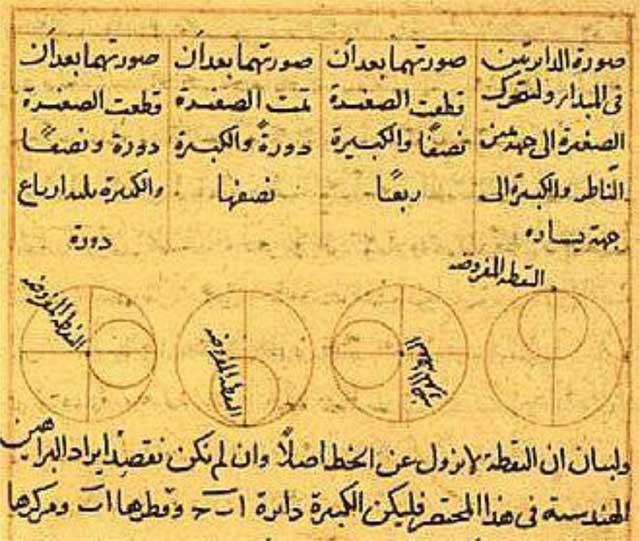 How beautifully the rounded courses of the planets and heavenly bodies are described, "swimming" through space, with perfectly smooth motion!

Seest thou not that Allah merges Night into Day and he merges Day into Night; that He has subjected the sun, and the moon (to his Law), each running its course for a term appointed; and that Allah is well-acquainted with all that ye do? (Quran 31:29)

In outer nature we can see that there is no clear-cut line between night and day: each merge into the other. Yet the sun and moon obey definite laws. Though they seem to go on forever, yet their existence and duration themselves are but an atom in Allah's great universe. 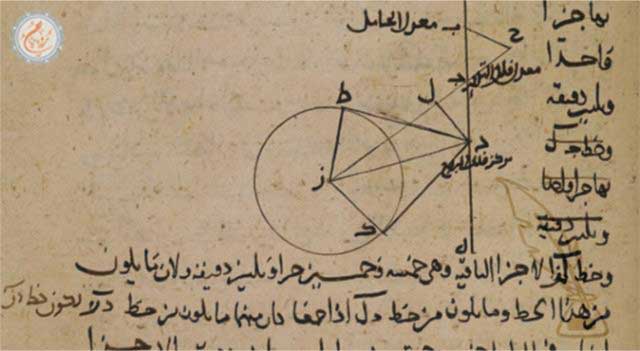 Well, that's why we need to ponder on the words one by one. Today we have only discovered the spherical geometry of the earth, the sun and the moon, on the basis of which the Arabs measured distances, orientated, and determined directions. And that's just one topic! I was trying to show how the Quran gives the brain a boost to begin deductions. The Quran does not provide ready solutions. It just pushes into the field of vision a principle that cannot be found by human brain, which becomes a useful thought at a particular time and place when the human brain dives into the principle and begins to deduce. And hold on: the deductions in all ages and places will produce different results! But the principle is the same! This is the eternal truth of the Quran, from which every day comes a partial human truth which is not eternal. It is what you and others think what "truth" means. The human truth too transcends, overlaps, merges or "spins into spherical" and "makes to spin into spherical"! Perhaps the human truth is also a sphere that is in motion? Subhanallah! Peace be upon you! Salam! Your assets and your conciousness are the stakes
Vélemény