O ye who believe! Obey Allah, and obey the Messenger, and those charged with authority among you. If ye differ in anything among yourselves, refer it to Allah and His Messenger, if ye do believe in Allah and the Last Day: That is best, and most suitable for final determination. (Quran 4:59)

Uli al amr: those charged with authority or responsibility or decision, or the settlement of affairs. All ultimate authority rests in Allah. Prophets of Allah derive their authority from Him. As Islam makes no sharp division between sacred and secular affairs, it expects governments to be imbued with righteousness. Likewise, Islam expects Muslims to respect the authority of such government for otherwise there can be no order or discipline.

Regarding Islamic legal terminologies, the following basic concepts should be clarified. Terminology like Islamic law does not exist. This is an invention of non-Muslims. They have given the names of their own concepts for terms what is completely different in Islam. After all, law is a man-made relationship system, including the source of law and principles of law. In Islam, two fundamental principles must be distinguished. One is the sharia and the other is the fiqh. Sharia is the Order of Divine Legitimacy. So, the legal principles which are revealed by Allah (SWT), are laid down in the Quran and hadith. Even if in certain cases, the Quran and the hadith refer to specific sanctions, those are considered as legal principles. The specific judgment is a message for the age and place; however, the principle is general. The sanction has to be decided always by the norms of the majority society.
So, the sharia is the principle of law, which cannot be changed and the contemporary law can be derived from it. Fiqh is the legal comprehension, which means how the sharia is comprehended and applied in order to form law from it in a certain age. So, fiqh is different of sharia! It is merely the perception of sharia at a given time. The juristic scholar who derives legal interpretation from sharia is called faqih, its plural is fuqaha. They are those whose vocation is the discovery of sharia.
The term Islamic law (qanun al-Islami) is the product of colonization that dates back to the nineteenth century. By this time, however, in the Islamic world, secular legal systems were applied alongside sharia, that had undergone their own legal development. Thus, the foreign law applications imported here were working not only against sharia, but also prevented the development process of the local secular law. The consequences were profound and can be felt even this day.

The legal interpretation of the fuqahas is based on the derivation of historical analogies. The derivation of analogies later evolved into science; this is the qiyas. It is based on the theory that Prophet Muhammad (peace be upon him) and his life, thus sunnah, embodied a Divine Commandment which is the manifestation of the shariah of God. This lifestyle was captured in anecdotes from the prophet's followers, called hadith. These stories were passed from generation to generation, which eventually led to the formation of legal thinking, the fiqh. From the eighth century several masters have played role in creating different traditions, trends and schools based on Quran and hadith.
The most significant masters of Sunni schools were Abu Hanifah (699-767), Malik ibn Anas (711-795), Mohamed ibn Idris al-Shafi (767-820) and Ammed ibn Hanbal (780-855). The four Sunni schools appreciated each other and provided support for other smaller, short-lived schools.
After the separation of Sunni and Shiite orientations, the most dominant Shiite jurisprudence was the Ithna Ashari (twelfth) or Imamic tendency, which in many ways corresponds with the Sunni legal tradition. It is based on the work of the Sixth Imam (meaning the sixth generation of descendants of Mohamed), Ja'far al-Sadiq (702-767). In addition, others, such as the Khowarij, the Zeydites, and the Ismailites, have established jurisprudence based on their own traditions.
The progress of law within schools was based on the following two basic concepts as far as text interpretations were concerned. The first is the synchronic principle, which required that any wording of the law should at any time be justified by a revelation. The second, the diachronic principle, was just as important, though it was often overlooked by some observers and sometimes the practitioners were underestimated. This required from the followers, whether Sunni or Shiite, to maintain loyalty to the tradition by taking into account the interpretive achievements of the elder masters. The law had to be justified on the basis of the deductions of the school and these deductions gave identity for the school.
Muslim jurists came to the meaning of revelations from the derivations of the hadiths, based on the thinking-patterns of a school. This principle ensured dynamism and flexibility as tradition preserved the experience of the community and appeared in a sophisticated literary form. Within the Sunnis, the Zahiri opposed the above principles of legal thinking and ordered a literal return to the resources instead. Suggests the same, though not by the same extreme manner, the selef orientation (selef: the earliest generations of Islam) associated with Ibn Taymiyah (1263-1328) and the Akhbari movement within the Shiite Imamic movement.
The principle of law in the classical period was the canonical interpretation of the Quran and the hadith (Shiite and Sunni with different collections). Of these two, the word of the Quran is superior, being directly the word of God.

Modern historians generally did not accept the traditional derivations of Islamic law. They prepared alternative accounts, which were linked to the names of three scientists, Goldziher Ignácz (1850- 1921), Joseph Schacht (1902-1969) and John Wansbrough (1928-2002). Goldziher argued that historical and theological hadith cannot be accepted as credible for depicting the life of the prophet, because those are the product of community debates carried out in the first and second centuries after the Hijra. Schacht extended this by view by saying that the legal interpretation of the hadith was not the result of a legal debate of Muslim communities. Wansbrough stated that the Quran was not revealed during the life of the prophet, but it is the product of liturgical worship rituals and sectarian debates within the community which took two centuries. By this he meant that revelations should not be looked as an event, but as a result of a progress in which the creativity of different communities appeared, not the prophet. In his view, it was not Hijaz (Mecca and Medina) but the cities of North Africa, Syria and Iraq were the geographical epicenters.
Don't forget, that the time when these scientists worked coincided with the colonialism. In addition to that undoubtedly transposing many facts from Islam and making them accessible to European culture, they did a job. The job was to create a distorted image that continues till this day.

It is perhaps interesting to mention the historical fact that for a thousand years no one in his mind had the idea that either the Quran or the hadith were unreliable. As Islamic scholars still refer to authentic documents besides the direct word of God. But thanks to the work of these three scientists and the science they created the period of disintegration in Islamic thinking has come. In that project not only they, but also, we, Muslims have committed/commit huge mistakes. 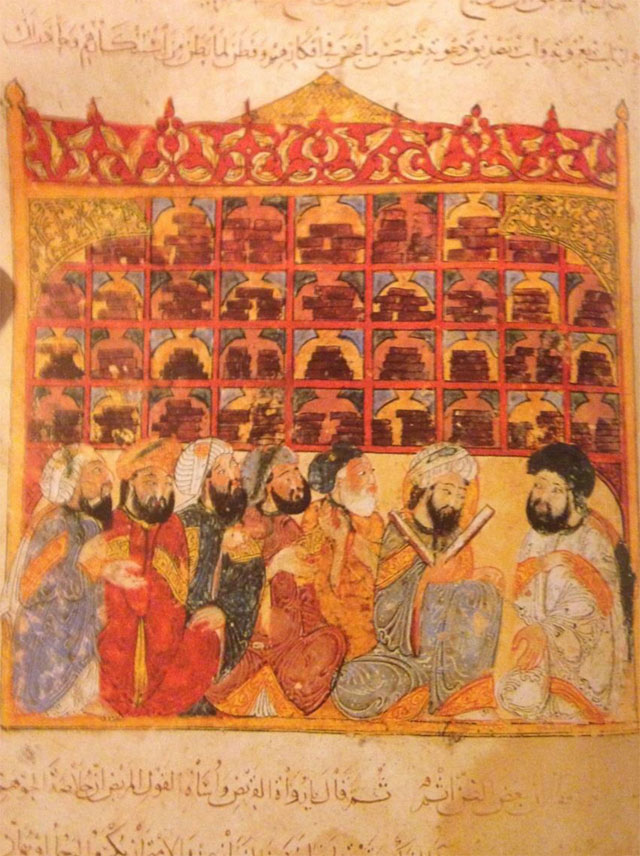