The doctrine of monotheism by jaudaism and islam is the same

One of the best-known Jewish prayers, the Shma, comes from Moses himself according to the tradition. The first line reads: “Hear, O Israel our Lord our God is the One God”. In Sefard/ivrit dialect: “Shma Yisrael, Adonay Elohenu, Adonaj echad”. In Ashkenazi dialect: “Shoema Yisroel, Adaynoy Elayhenu, Adaynoy ehod” Why did I write down the pronunciation of the Hebrew text? Look at the 112 Sura of the Quran and you will find it out. These four verses read: “Qul huwallahu ahed, Allahu samed, Lam yelid wa lam yuled” There are significant matches and the meaning is similar as well. In both cases we find the Creed of Monotheism:

The nature of Allah is here indicated to us in a few words, such as we can understand. The qualities of Allah are described in numerous places elsewhere, e.g., in 49:22-24, 62:1, and 2:255. Here we are specially taught to avoid the pitfalls into which men and nations have fallen at various times in trying to understand Allah.
This is to negative the idea of Polytheism, a system in which people believe in gods many and lords many. Such a system is opposed to our truest and profoundest conceptions of life. For Unity in Design, Unity in the fundamental facts of existence, proclaim the Unity of the Maker.

Samad is difficult to translate by one word. I have used two, "Eternal" and "Absolute".

This is to negative the Christian idea of the godhead in the 8th century, - "the Father", - "the onlybegotten Son", regarded as biological relation.

This sums up the whole argument and warns us specially against Anthropomorphism, the tendency to conceive of Allah after our own pattern, an insidious tendency that creeps in at all times and among all peoples.

There are a great number of the traditions of Hadith, which show that the Holy Prophet on different occasions and in different ways told the people that this Surah is equivalent to one third the Quran. Several ahadith on this subject have been related in Bukhari, Muslim, Abu Daud; Nasai, Tirmidhi, Ibn Majah, Musnad Ahmad, Tabarani and other books, on the authority of Abu Said Khudri, Abu Hurairah, Abu Ayyub Ansari, Abu ad-Darda, Muadh bin Jabal, Jabir bin Abdullah, Ubayy bin Kab, Umm Kulthum bint Uqbah bin Abi Muait, Ibn Umar, Ibn Masud, Qatadah bin an-Numan, Anas bin Malik, and Abu Masud (may Allah be pleased with all of them).The commentators have given many explanations of the Holy Prophet's saying. But in our opinion, it simply means that the religion presented by the Quran is based on three doctrines: Tauhid, Prophethood and the Hereafter. This Surah teaches Tauhid, pure and undefiled. Therefore, the Holy Prophet (upon whom he Peace) regarded it as, equal to one-third of the Quran.

Once if we took the courage and analyzed the depths of our teachings, we would find it out that we invested in the course of times money, energy and millions of lives in vain to justify our differences. 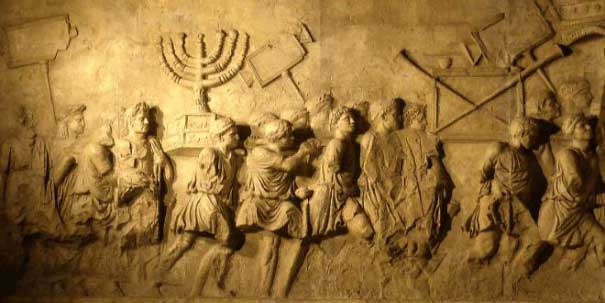