Does the fate revolve and to what extent

To illustrate that, here is the next a Sufi parable. Nasrudin and a rich merchant were riding together through the desert. “Is it not so, that God rewards riches with riches?” said the merchant to the Mulla. “Look at my ravishing riding boots made with the best leather money can buy, and your hold and tattered sandals. Look at my jeweled turban and the rags you wear wrapped around your head. Look at my silk coat with handcrafted buttons and gold thread and the patched cloak that hangs from your bony shoulders. Here we two are: you with a few measly possessions in your moth-eaten saddle-bags, I with spices that will make princes and kings weep with pleasure. And yet, we can ride together through this place, I on an Arab stallion, you scrabbling in the sand on a silly little donkey.”
At that moments the merchant’s musings were interrupted by the arrival of a band of robbers, who yanked him from the saddle, kicked and beat him to the ground and rode off with his cargo and mount.
“How extraordinary it is,” mused Nasrudin, “that my circumstances have not seemed to change, but yours are dramatically altered in the space of a few minutes.”

Whether who is rich and who is poor is a matter of point of view. Many attributes to their own knowledge, to their genius, if they manage to achieve prosperity. They will become stars being asked about the success. And in the limelight, they present what their plan, strategy was and whoever adheres to that point by point is inevitably doomed to success. In this view, the ego overwrites fate and we often hear: everyone is a blacksmith of his/her own destiny. According to Islam this is partly true and partly not. It is true that we need to use our abilities. We cannot sit in a prayer room all day waiting for a miracle. The miracle doesn't come that way. You have to work for it. However, the previous statement is partly not true, because our ability, our talent, the situations we are born into, the “lucky coincidences” that occur and pave our way to success are not always determined by us. These are not in our hands. We claim that this is in the hands of Allah (SWT). In a material approach, however, these are random, unpredictable events. We pray to Allah to arrange our destiny in order to realize His plan. That is why the Muslim always says “hamdulillah” no matter how his situation develops, because he attributes the development of his destiny to the will of Allah, and he gives thank to Him for that! Khabib Nurmagomedov, the cage fighter has not yet found anyone who can defeat him and never considers his victories as his own success. He gives thanks to Allah every time, is grateful to Him for the abilities he has received from Him and offers his victory to Him every time.
The one who does not believe in Allah, pleading to his/her destiny, goes to the fortune teller, or closes to him/herself the room, counts, puts strict calculations on paper, and waits. If success crowns his/her preparations, he/she is the genius, if not, curses God. Yet fate is revolving, as we see from the Sufi parable above.
How can the rotation of destiny be slowed down? How can the up-and-down situation be balanced anyway? This is exemplified by Nasrudin. By the comprehension. Fate only revolves if there is a strong attachment to the material world. Where this attachment is weak or even disappears, fate does not revolve anymore. A sort of state can be established that brings calmness and permanence. We cannot monopolize this state as an exclusively Islamic one because it is present in almost every culture, under a different names. At this state we feel the nearness of Allah in Whom our souls rest. We call this inner reconciliation سكينة sakina, when we feel dissolution in Allah and His contentment with us. Such contentment of Him is also there in our good wishes: عنه هللا رضي may Allah be pleased with him; we say when mentioning the names of our late scholars and respected dead who lived and acted for the cause of Islam. This independence from the earthly life is present in Nasruddin's behavior. He's not worth robbing, the bandits don't even care him. With his poverty he avoided the vicissitudes of fate.

Now comes the argument that this is all nonsense! Here are the Rothschilds, whose destiny has been stable for hundreds of years, even if they are really bound in the material world. This is true. But they are only involved in a slice of the material world. This slice is also full of speculation how they could expropriate more, how they could fuck humanity even better? It's a kind of unrest. But they can also be sick, feel physical pain, be cheated by their wives, be scolded by their children or trick each other with a few billions within the family. In the world of money, one cannot calm down, dissolve, and feel "sakina". Besides, they die. Their lives come to end! They believe in that. However, if Nasrudin, or a Muslim like him dies, he/she snaps one and says: the real one is just coming! After all, my soul does not die! On the other hand, I got rid of my physical ailments, my pains, my trials on earth. Hamdulillah! Hey, Putin, Trump and the other Big Brothers! Now show me what you are capable of! What is the value of your actions, arrogance, immodesty, loud announcements on saving the world? You won't be able to save a fucking ant when the time comes! At last, we will get rid of you! On the other hand, transience reaches also you, but you never count on it. Your laws are over, and ours is eternal. If we rely on it, our souls will also gain "sakina" in the eternity. There is only a small completion: we’ve already relied on our law even in our lives!

The above crystal-clear laboratory examples are rarely found in reality. Most of the time, the conditions are mixed and even flip from one extreme to the other. In our case, for example, there are Muslims praying five times a day, phrase of insha Allah, subhanallah, mashaallah are used in every sentence, regarding dress they follow the recommendations of Burda, published 1,400 years ago in Medina, while at the same time the desire for material prosperity and dominance is present in all their inner thoughts. 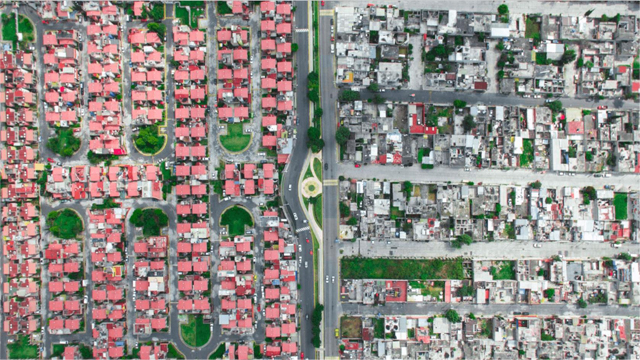 How long should the congregational prayer last
Vélemény