Once upon a time, family was the unit in which a kind of knowledge was accumulated and passed on to children. Then the knowledge of the family was superseded by the knowledge of village communities, castes, tribes, through which survival, hunting, knowledge of nature, myths and traditions were passed further to the next generation. I had the chance to see the old lifestyle in Africa where, in the evenings at the light of campfires the elders told their former experiences in which they passed on a wealth of knowledge. An old man's death struck the village as if a library had burned down. What I heard there was incredibly important, even as an outsider. Without such knowledge, a boy who was born there would have been lost in the savannah, instead of living in harmony with nature he would have been exposed to the dangers of nature, and would suffer of constant threat to life. The girls learned here how to cook, weave clothes, and prepare home-made items.

As larger settlements and cities developed, it was not the family but society that determined what sort of knowledge serve the benefit of the community. The transfer of knowledge was taken out of the family and village and was placed in institutions and schools. From here the school gave the knowledge, but that knowledge was different. This knowledge was no longer for the survival of a family or village, but developed skills for different jobs what was required by the society. Hunting, wild stalking, herbal collecting transformed into biology, knowledge of the terrain became geography, and the legends of tribes were replaced by the historical view of the given society and this has changed frequently. This knowledge was often alienated, and even confronted with knowledge what has been stored in the memory of the family and the village. No wonder that a few generations later, the school system itself overturned the traditional family model. There were good and bad aspects in this process, but I won't go into that. It depends on the experience of the individual who lived in it.

When it is said to them: "Follow what Allah hath revealed:" They say: "Nay! we shall follow the ways of our fathers." What! even though their fathers Were void of wisdom and guidance? (Quran 2:170)

This is also a sort of mistake what man and even we Muslims commit. We follow the footsteps of our father or people whom we consider spiritual leader. Quran prescribe to follow the ayas. In Islam man has direct relation with Allah so there is not need to follow traditions and customs. We have to give respect to all who bring us up in our life and support us with knowledge but this al will not allow us to dispense from our own effort to go ahead in this life with open eyes. The ayas transform in us into inspiring power therefore it is inevitable for all of us to immerse in the ayas on our own. Fathers and spiritual leaders can help but as we were born alone and pass away alone, they cannot born and die instead of us.

Behold! The Quran teaches us not to follow even our father or our spiritual leader mindlessly, blindly! People's truth is valid in their own time. If you live in a different time and under different circumstances, move on and develop your knowledge to update yourself! This is not an underestimation of our predecessors, but on the contrary! This is their real appreciation because we can rely on their achievements! This method, which is based on searching analogies then carries on deductions, consequences, advancements, and results progress, is called Qiyas, which is a science developed by Muslims in the Medieval. With the help of Qiyas was the heritage of ancient ages transferred to the Medieval then was further developed by our Muslim ancestors. Or perhaps we've forgotten this all?
Attention! I was talking about the truth of men, not the truth of God! The truth of man can be developed but the truth of God never.
And now back to humans:

Today we live in a world of globalization, where the quality of knowledge and its transmission takes place between the world community and the society of a given nation and not between families and the society. No matter it hurts or doesn't, this process will also take place and the knowledge required by the world prevails. Why? The framework of a given society no longer seals people from the world hermetically. People can work everywhere, get married from distant places, watch movies and they want to understand their contents wherever those are made. They want to know about world events, climate change and taking common action for a global life or survival. We can refrain from this process or people who do not profess the ideas of a particular narrow community against the world trend can be humiliated in the society, but is meaningless. We have to decide what we want. Should we fix an age and we don't move further even a bit about its knowledge and traditions, or should we develop ourselves and adapt our knowledge to the changes of the world? In my private opinion this statement is true for Sunna as well. As we look at it, the Sunnah is not Quran, so it is of human origin. However, a machine cannot justify God's knowledge. That would be an alienated space from humans. So, we can calm down. The Quran is eternal. 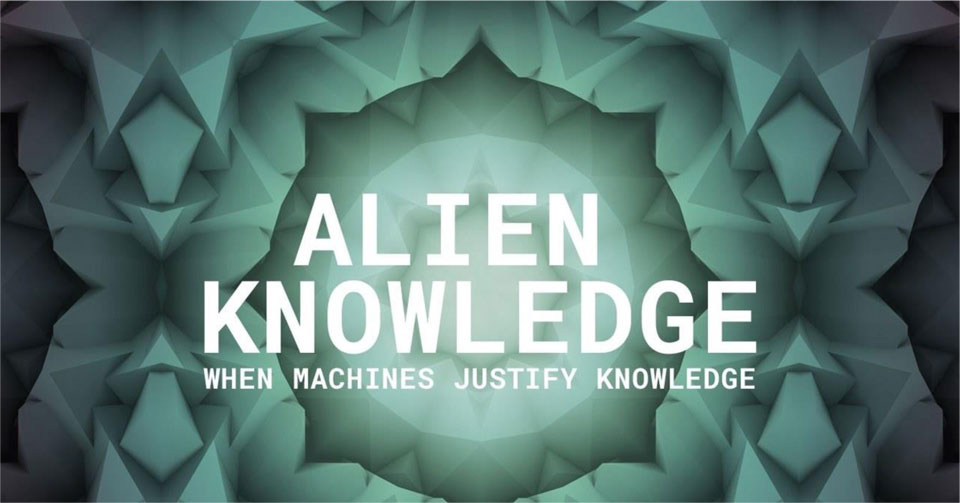