However, it used to begin that money and power was served as a garnish alongside Islam. Let's interpret things a little differently. America will not let this remain so, as it has reserves. True, expensive reserves, as exploring shale gas is not cheap, but it must be sold. And Russia is interested in the maintenance of the current sales. One thing is certain: none of them are interested in a strong EU that can represent its own interests. For both of them, an EU is preferred where wealthy, solvent companies work and mindless citizens live who can be blackmailed and have poor decision-making potential. Thus, every means what weaken the EU are supported by the two great powers.

Russia transports gas to Europe via Ukraine. Is it in America's interest to maintain that status? Of course not. US is interested in maintaining the Russian-Ukrainian conflict and in taking over the control over this gas pipeline. Under the heading of "energy diversification". Putin's response is to agree with Erdogan to build a Turkish gas pipeline. That's where the actual Russian-Turkish friendship originates from. We do not know how the gas will get from Turkey to Europe, this is the secret of the future. To this pipeline even the Iranian gas can join, so the Iran-Russian-Turkish partnership is understandable. The isolation of Iran would also come to end and its energy reserves could not be transferred to others' hands. That is precisely why we can see these efforts in order to weaken Iran, both externally and internally.

The American interest group aimed to bring the gas from Qatar to the EU, where Syrian territories would have served well, but despite the creation of ISIS and other radical organizations for making chaos and creating good reasons for the saviors to occupy the strategically valuable areas, the interests of Putin are currently gaining on the ground. No problem, but throughout the whole period of chaos, the oil and gas were pumped out and got into the system of US allies, except the quantity what Erdogan stole and sold in his own channel. In the same chaos, Libyan energy sources have been leaving the country uninterruptedly in the last 8 years, even though there are fatal fights.

So, over Qatar and Libya there is not yet decision, but over their oil and gas the decision is taken.

Norway accounts one third of EU imports, but Norwegian reserves will be exhausted by 2035. Obviously, Norway will not be replaced without conflicts. In Nigeria, Shell has been producing oil since 1936, but there are also clashes between Christians and Muslims, or at least under this title in order to gain control over the oil.

According to estimates Russian reserves are available for 80 years and Americans for 90 years. It is certain that strategic revenues will override everything else. Global warming? Carbon dioxide emissions? An unlivable planet? These issues are secondary. And it is utterly outrageous that in all this, the Christian values of the EU, the malignant Muslim conquest, the Shiite-Sunni clashes are exaggerated by the so-called experts, and they put the local crises or conflicts between different groups in these contexts.

Fain would they deceive Allah and those who believe, but they only deceive themselves, and realize (it) not! (Quran 2:9)

Thus have We placed leaders in every town, its wicked men, to plot (and burrow) therein: but they only plot against their own souls, and they perceive it not. (Quran 6:123) 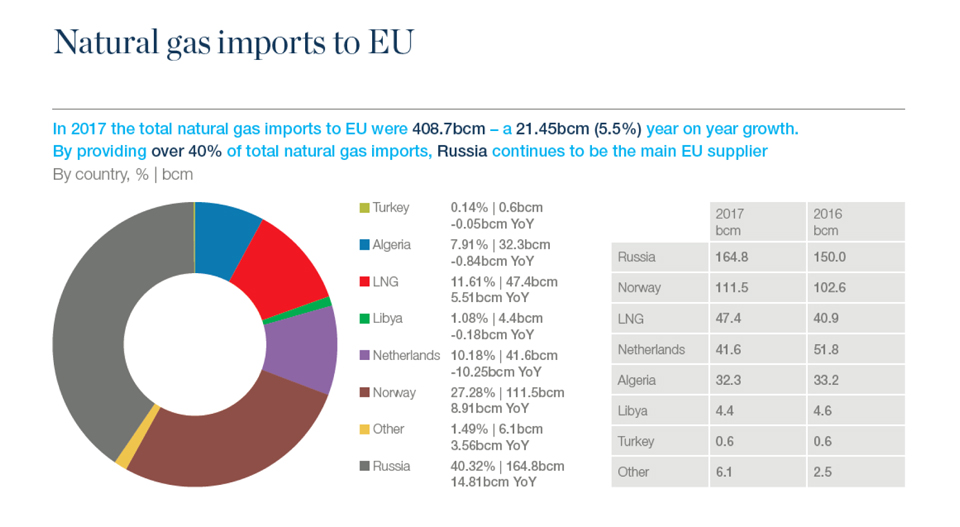