According to many, they are living persons, living beings, according to others, phenomena, the symbols of the Last Day. Whoever or whatever those are, let us remain relevant and look at the 1400-year prophecies about them and the word of Allah. Yajuj and Majuj (Gog and Magog) are two populated nations. They are from the offspring of Adam (peace be upon him) as it is proved in Al-Bukhari and Muslim.
The Prophet (peace be upon him) said: “Allah Almighty will say on the Day of Resurrection, ‘O Adam!’ Adam will reply, ‘I am at Your service, and all good is in Your Hand.’ Allah will say, ‘Get up, and take out the people of the Hellfire from among your descendants.’ Adam will say, ‘O Allah, and who are the people of the Hellfire?’ Allah will say, ‘From every one thousand, take out nine-hundred-andninety-nine to the Fire and one to Paradise.’ Thereupon, children will become hoary-headed, every pregnant female will have a miscarriage, and one will see mankind as drunken, yet they will not be drunken but dreadful will be the Wrath of Allah.' This was hard on them (the Companions of the Prophet), so they asked, 'O Messenger of Allah! Which one of us is that one (who will be taken to Paradise)?' He (peace be upon him) said, 'Rejoice, for it is one from you and one thousand from Gog and Magog.'

Allah has mentioned in the Quran that the barrier raised by Zul-Qarnayn (a righteous and powerful man, some assumes that he was Alexander the Great) prevents them from getting out. If they get out, they will destroy crops, cattle and progeny. Allah Says:

Until, when he reached (a tract) between two mountains, he found, beneath them, a people who scarcely understood a word. (Quran 18:93)

It does not mean that they had no speech. It means that they did not understand the speech of the Conqueror. But they had parleys with him (through interpreters), as is evident from the verses following (18:94-97).

They said: "O Zul-qarnain! the Gog and Magog (People) do great mischief on earth: shall we then render thee tribute in order that thou mightest erect a barrier between us and them?

The Conqueror had now arrived among a people who were different in speech and race from him, but not quite primitive, for they were skilled in the working of metals, and could furnish blocks (or bricks) of iron, melt metals with bellows or blow-pipes, and prepare molten lead (18:96). Apparently, they were a peaceable and industrious race, much subject to incursions from wild tribes who are called Gog and Magog. Against these tribes they were willing to purchase immunity by paying the Conqueror tribute in return for protection. The permanent protection they wanted was the closing of a mountain gap through which the incursions were made.

He said: "(The power) in which my Lord has established me is better (than tribute): Help me therefore with strength (and labour): I will erect a strong barrier between you and them: (Quran 18:95)

Zul-Qarnayn was not greedy and did not want to impose a tribute to be carried away from an industrious population. He understood the power which Allah had given him, to involve duties and responsibilities on his part -the duty of protecting his subjects without imposing too heavy a taxation on them.
He would provide the motive force and organizing skill. Would they obey him and provide the material and labour, so that they could close the gap with a strong barrier, probably with wellsecured gates?

"Bring me blocks of iron." At length, when he had filled up the space between the two steep mountain-sides, He said, "Blow (with your bellows)" Then, when he had made it (red) as fire, he said: "Bring me, that I may pour over it, molten lead." (Quran 18:96)

I understand the defenses erected to have been a strong barrier of iron, with iron Gates. The jambs of the Gates were constituted with blocks or bricks of iron, and the interstices filled up with molten lead, so as to form an impregnable mass of metal. It may be that there was a stone wall also, but that is not mentioned. There was none in the Iron Gate near Bukhara.

Thus were they made powerless to scale it or to dig through it. (Quran 18:97)

The iron wall and gates and towers were sufficiently high to prevent their being scaled and sufficiently strong with welded metal to resist any attempt to dig through them.

Allah and His Messenger have stated that the appearance of Yajuj and Majuj is among the signs of the Day of Resurrection.
Allah Says: {[Dhul-Qarnayn] said:

After all the effort which Zul-Qarnayn has made for their protection, he claims no credit for himself beyond that of discharging his duty as a ruler. He turns their attention to Allah, Who has provided the ways and means by which they can be helped and protected. But all such human precautions are apt to become futile. The time must come when they will crumble into dust. Allah has said so in His Revelation; and His word is true. And so, the lesson from the third episode is: Take human precautions and do all in your power to protect yourselves from evil. But no protection is complete unless you seek the help and grace of Allah. The best of our precautions must crumble to dust when the appointed Day arrives.

At that time, they will appear like the waves of ocean. This will take place just before the Day of Resurrection.

Allah describes their condition when they will get out from behind the barrier. Allah Says:

Until the Gog and Magog (people) are let through (their barrier), and they swiftly swarm from every hill. (Quran 21:96)

For Gog and Magog see 18:94. The name stands for wild and lawless tribes who will break their barriers and swarm through the earth. This will be one of the prognostications of the approaching Judgment.

They (Gog and Magog) will appear after the descent of the Prophet Isa, i.e. Jesus (peace be upon him) who will kill the Dajjal.
An-Nawaas Ibn Sam’aan narrated in a very long Hadith: “… Then a people whom Allah will have protected from the Dajjaal will come to Jesus, son of Mary, and he will wipe over their faces and inform them of their ranks in Paradise. It will be under such conditions that Allah will reveal to Jesus these words: I have brought forth from among My servants such people against whom none will be able to fight; you take these people (the believers) safely to Mount Toor; and then Allah will send Gog and Magog and they will swarm down from every slope. The first of them will pass the lake of Tiberias and drink out of it. And when the last of them passes, he will say: There was once water there… Jesus and his companions will then be besieged there so that the head of an ox will be dearer to them than one hundred Dinars are to you, and Allah’s Messenger, Jesus, and his companions will supplicate Allah, Who will send insects to them (Gog and Magog), which attack their necks; and in the morning they will perish like one single person. Allah’s Messenger, Jesus, and his companions will then come down to the earth and they will not find on the earth as much space as a single span which is not filled with their putrefaction and stench. Jesus and his companions will then again beseech Allah, Who will send birds whose necks are like those of Bactrian camels, and they will carry them and cast them wherever Allah wills. Then Allah will send rain which no house of clay or tent of camel hair keeps out, and it will wash clean the earth until it looks like a mirror. Then the earth will be told to bring forth its fruit and restore its blessing.” [Muslim]
Finally, although no one knows where they are living now, but there is no doubt in their existence on this earth. 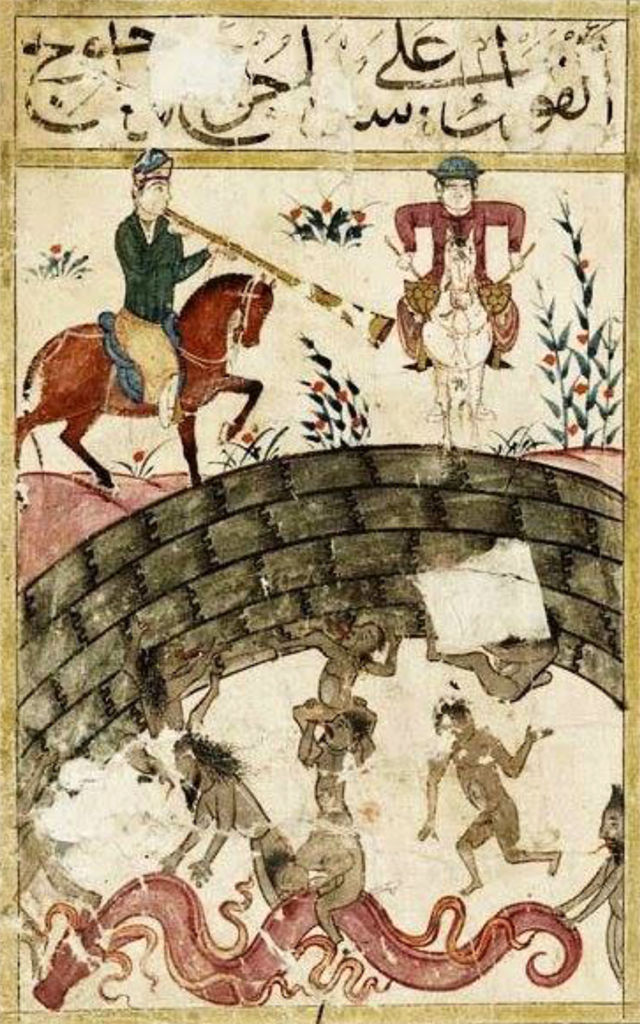