I start thousand times. I don't understand human logic. Maybe I lived too much in the savannah. I understood everything there. Once an extraterrestrial saw how much trouble was on the earth. The mind of people gets sick from time to time, they kill each other and they wait for a miracle. The extraterrestrial felt sorry and said to one of them: I cannot serve you with a miracle. But I'll give you a book. It has everything in it. If you live this way, everything will be fine. Who is the author, asked the chosen one? Allah, He said. In return, I ask that you not to change the author or the content. No more bigotry is needed or waiting for a miracle, just follow this.
What does the man do? He puts the book on the shelf, in his car, everywhere. Uses it as an ornament and still waits for a miracle. Of course, there's a thousand more things he/she does with the book, I'm not counting it, you know. The wonders are with us, just look around. But these are other sort of miracles. These are the wonders of creation from atom to universe and beyond. However, there are no miracles that would come to happen after a magic word is told. Yet faith means waiting for miracles for most people. Prayer is also a request for the fulfillment of miracles. In addition, some are spicing it with bigotry. Aberration. Faith is a mundane thing. It is not about miracles, but about how to live. It is like the traffic rules that tell me how to get from point A to point B so I don't crash into anyone, follow all the regulations, and arriving to B is waiting me a boundless love that I have ever made my way for. This terminal is the object of the faith! Until then, there are obstacles that need to be overcome. At the moment, however, we are debating who wrote the traffic rules and where it could be amended? Or should the streets be demolished and sold as building sites? Or should we manufacture cars that are programmed with everything? That is the level we are.
We arrive in increasingly insignificant areas and get stuck. Instead of settling our issues related to faith, our relationship with God and reality, we are waiting for another miracle. However, it does not exist. Then what does exist? Wasted time! It does exist. A rush in order to make ourselves empty, removing all content from our lives. Truths what have been realized too late, relationships what have been born not in the same depths, misunderstood wills and unspoken words. These follow one another and accumulate in our souls. The little parable of the Middle East below is about this wasted time.

A miser had accumulated, by effort, trade and lending, three hundred thousand dinars. He had lands and buildings, and all kinds of wealth. He then decided that he would spend a year in enjoyment, living comfortably, and then decide as what his future should be.

But, almost as soon as he had stopped amassing money the Angel of Death appeared before him, to take his life away.
The miser tried, by every argument which he could muster, to dissuade the Angel, who seemed, however, adamant. Then the man said: "Grant me but three more days and I will give you one-third of my possessions."
The angel refused, and pulled again at the miser's life, tugging to take it away.
Then the man said:
"If you only allow me two more days on earth, I will give you two hundred thousand dinars from my store."
But the Angel would not listen to him. And the Angel even refused to give the man a solitary extra day for all his three hundred thousand pieces.
The miser said:
"Please, then, give me just time enough to write one little thing down."
This time the Angel allowed him this single concession, and the man wrote, with his own blood:
"Man, make use of your life. I could not buy one hour for three hundred thousand dinars. Make sure that you realize the value of your time."

Ibn Abbas reported: The Messenger of Allah, peace and blessings be upon him, said, “Take advantage of five before five: your youth before your old age, your health before your illness, your riches before your poverty, your free time before your work, and your life before your death.”
Source: Shu’ab al-Imān 9575
Grade: Sahih (authentic) according to Al-Albani

Ibn Abbas reported: The Prophet, peace and blessings be upon him, said, “There are two blessings which many people waste: health and free time.”
Source: Ṣaḥīḥ al-Bukhārī 6049
Grade: Sahih (authentic) according to Al-Bukhari 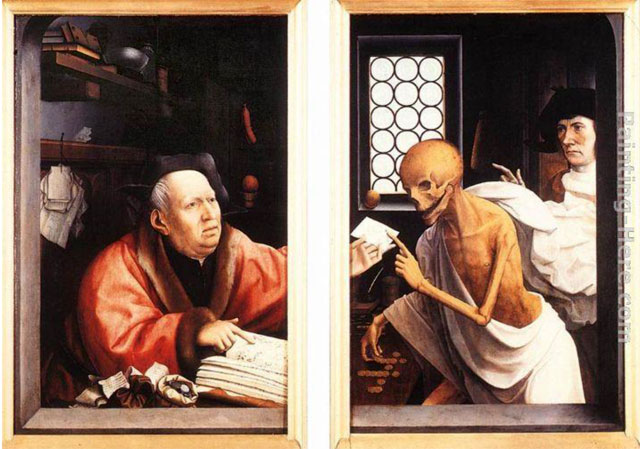